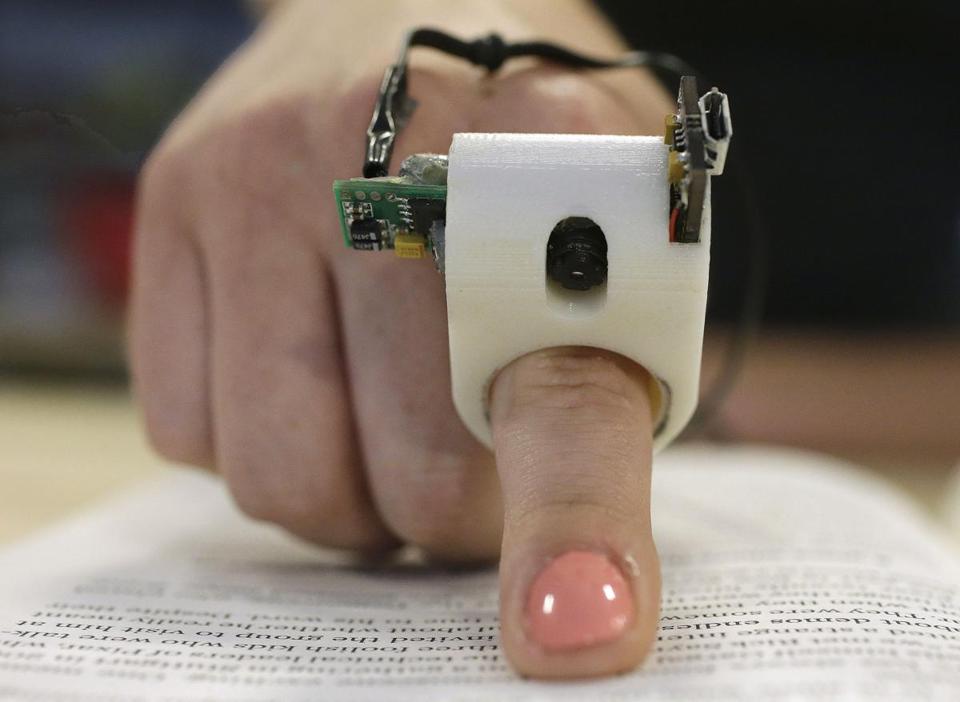 What is so amazing about this article and so any others that we’ve come across is exactly that, the quantity!  There are so many events that we hear about facilitating creativity and technology to help people with disabilities.  This article by Christina Farr is about finding solutions to everyday tasks that may prove challenging with the use of crutches or wheelchairs.  Technology can broaden the scope of ability and accessibility for people that rely on them, ultimately achieving more and more through innovation and colaboration.

Techies and People With Disabilities Team Up for ‘Makeathon’

I met O’Toole, a disability rights advocate, last Friday at a bustling maker space in downtown San Francisco. TechShop, a do-it-yourself workshop crammed with tools and equipment, was hosting a 72-hour “makeathon” for teams to develop assistive technology alongside people with disabilities.

And O’Toole’s idea is to rig up a wheelchair that can help people use an accessible bathroom without needing another person to help them.

O’Toole, who says she’s been in a wheelchair for 40 years, says she’s met many women who receive assistance getting from their wheelchair to the toilet only twice a day: At morning and at night.

“They have three options: A diaper, a surgical procedure, or a catheter,” she says. “None of these are ideal.”

“When on a date or at work,” she says, “they could use the bathroom on their own.”

A Focus on Real Needs

Among the 100 techies and people with disabilities at the weekend makeathon were teams working on “smart” crutches to help people carry beverages, a device to help people grab and transport objects with their mouths, and an application for Google Glass to help people who can’t speak express themselves.

Each team had a $500 budget for tools and equipment to build the first version of the prototype.

What stood out to me right away was the focus on understanding people’s needs. Each team was assigned a “needs knower,” who understands the problem and can describe their experiences in detail.

At one table, a group of developers huddles around Zebreda Dunham, a needs knower from Pasadena, California, who has limited use of her hands. Dunham is a budding maker herself, having already hacked a pulley system to help herself eat.

Dunham is working with a seven-person team, including techies and occupational therapists, to develop a more sophisticated version of her pulley system. Over the course of the weekend, Dunham will test out a range of possibilities for the feeding system to ensure it’s comfortable.

At another table, I met a needs knower from Orange County, Danny Kurtzman, who assembled a team to build what he calls a “21st-century wheelchair” that can be controlled by a smartphone.

Kurtzman says he also wants to make a lightweight chair that’s capable of traveling on any terrain, including the beach. In future versions, he hopes to add health tracking tools to the dashboard of the chair, so he can see how far he’s traveled each day.

“I’m in a wheelchair all day but it doesn’t do very much beyond getting me around,” he says. Kurtzman has used the same model of wheelchair for more than a decade.
On the first day of the event, Kurtzman struck up a friendship with an engineer, who offered to help him out with another project idea on the side. Kurtzman says virtual reality has vast potential for people with disabilities.

Instead of describing his idea, he asks me to try out a pair of virtual reality goggles from Samsung. I was transported to a three-dimensional world where I was flying in a small airplane. Almost immediately, I felt that familiar dizzy feeling you might get during takeoff and landing.