Showing posts from February, 2020
Show all

Vocational Counselors Needed in Various Parts of the State!

Are you searching for a job that’s not “just a job?” Are you looking to break free from a traditional 9-5 work week? Are you passionate about helping people succeed in becoming independent? We help people with disabilities live up to their abilities!

We are looking for dedicated people to join our team in our mission to help our clients find meaningful employment. This position will primarily serve clients in the community in the Farmville, Harrisonburg, Winchester, Chesapeake, Williamsburg, Fredericksburg, Richmond, Roanoke, Manassas, Leesburg or Fairfax areas. Our programs provide support for individuals with varying abilities in finding and maintaining successful, integrated employment in the community.

Compensation is excellent and based on experience, education, and additional applicable skills Requirements: This position requires a dedicated person to be a self-starter with great time management skills. This is a communi…
Post a Comment
Read more

Heather started working with Alyssa in May of 2019 when Alyssa participated in the DARS (Department for Aging & Rehabilitative Services) Pre-ETS program. Pre-ETS stands for Pre-Employment Transition Services.  Heather and Alyssa continued to work together under DARS through situational assessments to try out various tasks. Two things were clear: Alyssa loves to help people and to follow a routine. In October 2019, she was hired at Stand Up Coffee!

During assessments, it was determined that Alyssa does well with a rountine and likes to be around people or helping people. It was determined that Alyssa's preferences were to work on a sales floor or in a production type of position. Together, Alyssa and Heather made a list of employers in the town of Orange where Alyssa could get transportation.

One day, while Heather was contacting employers to ask about open positions and discuss Alyssa's abilities, she called Stand Up Coffee. About 30 minutes prior to the phone call, th…
2 comments
Read more

Meet Diane, a young woman with dreams of helping others. Diana and her counselor, Justin, sought out employment at Home Recovery Home-Aid, an at-home health service provider, and Diane has worked there for the last five months.

First, Diane and Justin worked together to identify what age group she enjoyed working with the most. They then visited several different health clinics/centers that were hiring so that she could get a better understanding about how much work and support went into taking care of people. Diane and Justin also worked together to ensure that the job was a great match with her personality, because she is very shy. They both sat down and met with people at each center and together led different conversations so that she could learn ways to communicate with others.

Her determination to do good and find meaningful employment played a huge role in her position. Diane is really dedicated to helping others and also providing meaningful long term care to others just lik…
1 comment
Read more 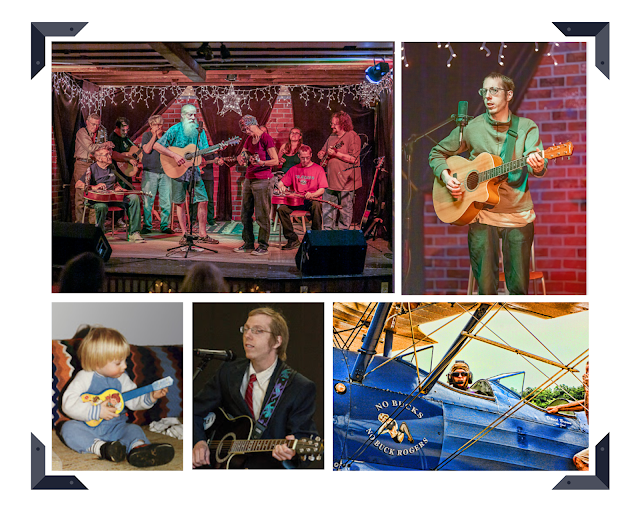 
For a couple of years now Chris has been at Southern Stainless, a very successful fabrication and manufacturing company.  They did not hesitate to hire Chris and have been incredibly supportive the entire time he has been there.  Chris' vocational counselor, Davide, spoke to several associates there on a regular basis when Chris first started to check in and offer additional support.  They always took the time to update Davide and express how pleased they were with having Chris there.  They were professional, genuine, and always had remarkable phone etiquette.

Chris’ main duty there is to clean the manufactured metal parts and finished pieces.  This is essentially the last step before they are shipped off to their customers.  Chris is meticulous and takes great pride in making the fi…
3 comments
Read more

Tim and his counselor, Nancy, have worked together since 2014 to help Tim find employment in the Hampton Roads area. Currently, Tim works at Lowe's and is coming up on his two-year mark!

Tim is an extremely hard worker and has a great work ethic. He is friendly and personable and gets along well with others. However, he did face some obstacles when looking for a job. He had to find a job in Franklin since he does not drive and was interested in any kind of customer service or food service position. He had a job at a restaurant as a lobby attendant but got laid off due to lack of hours.

Limited work experience was another obstacle. Nancy initially helped him get a courtesy clerk position at a supermarket in July 2014. He was there until the store closed in April 2018. She then almost immediately helped Tim get another job at the local peanut plant, but due to his disability, the job was too strenuous.

The Choice Group then assisted him in getting a Loader position at Lowe's. Tim …
Post a Comment
Read more

Meet Latrell, a dedicated employee at a general merchandise store in Franklin, Virginia. His counselor, Nancy, has worked with him since April of 2015 to land his current job. Now, Latrell has been with his employer for 5 years this coming May.

It wasn't easy to begin with, though. Latrell wanted a stocking type position so they targeted stores in the Franklin area that had stocking positions. There are few employers in Franklin that hire for stocking and at the time, Latrell did not drive so we were limited to Franklin only. He also had no prior work experience.

However, he got the job in the end! His duties include unloading the truck, stocking items on the store shelves, and backroom sorting. Latrell has earned several raises since he first started working there. He has also earned several bonuses.

Latrell is in follow along services, so Nancy keeps in monthly contact with him and his managers. He has become a more confident, sociable and independent person.