Showing posts from February, 2019
Show all

From Intern to Employee: Ronique’s Story

Rachel McGregor began working with R onique during her time in Project SEARCH in 2016. Ronique has been successfully employed at a local hospital in Norfolk since January of 2017. After completing her internship with her current employer through Project SEARCH they decided to hire her!   Ronique works in Environmental Services  at the hospital and does a wonderful job . Her attention to detail and time management skills have helped her  succeed in  her position. Ronique always follows her schedule when cleaning her areas and the departments have said that they can use Ronique as a time reference. They know  the exact time  because she is always right on time each day!   Ronique did not need a lot of support because she picks up tasks so quickly and understands the expectations. Ronique is young, therefore working with The Choice Group and Project SEARCH  has helped   her  find the opportunity to work in a great position that would typically be challenging to obtain for a young adul
Post a Comment
Location: Richmond, VA, USA
Read more 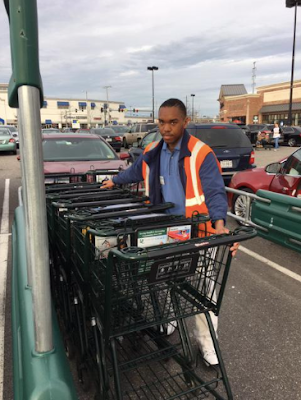 Rachel McGregor began working with Jamalerri in the summer of 2014. He has been working in his current position since the summer of 2015. When the grocery store he was working at closed, he was picked up by another grocery store and has been working there beginning in the summer of 2018. In his initial job search, Jamalerri wanted an employer he was comfortable with. He had some work experience in a grocery store in high school and knew he enjoyed the environment. He worked in 3 different rotations while in Project SEARCH and learned what he enjoyed and did not enjoy about different jobs. Jamalerri went on a few interviews and was offered other positions, but did not feel those offers were right for him. Once he interviewed for the position at the grocery store and was offered the job, he knew it was the right job for him. Upon being offered the job at the grocery store, Jamalerri had to overcome some communication barriers. He had been issued an iPod to help with communication, b
Post a Comment
Location: Richmond, VA, USA
Read more
More posts