Showing posts from August, 2016
Show all

Calvin is a "Model Employee" at Wintergreen Resorts!

By Design By E - August 21, 2016
Calvin found a wonderful job where he is happy and appreciated at Wintergreen Resort.  His direct supervisor says Calvin is a "model employee!"
Post a Comment
Read more 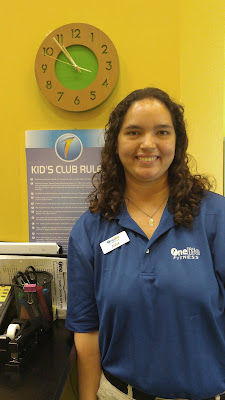 I began working with Anna in the fall of 2011.  Anna had been working at another job in retail but was not getting consistent hours so DARS agreed to refer her to The Choice Group to find another job.  Anna has several younger nieces and nephews and decided that she would like to work around children.   Anna was also active in Special Olympics so it was important for her to be able to continue participating in these activities during her free time. While looking for a job, Anna and I met several times a month to talk to employers, submit applications, and attend interviews.  Anna was always on time and followed through with everything I requested of her.  Anna is also lucky to have a great support system at home and I made sure to keep Anna’s mom updated with our progress.  Likewise, Anna’s mom would also pass along any suggestions she had or information that would help Anna be successful. In March 2012, we were able to arrange an interview at One Life Fitness in the Greenbrier
Post a Comment
Location: Richmond, VA, USA
Read more

Sade Elliot Worked Hard to Get Where She Is! 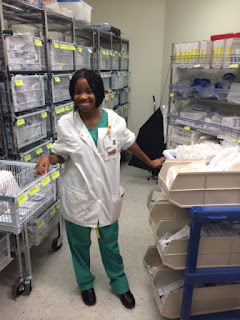 Sade Elliot is a hard worker, but very shy.  She began working with The Choice Group’s Rachel McGregor in September of 2014 when she began her Project SEARCH internship at Sentara Norfolk General Hospital.  She began working in the Endoscopy Department as an Anesthesia Attendant, which requires a lot of skill! Sade has always been a determined individual.  During a typical work day, she has a wide range of duties to perform.  Her tasks include anything from flipping beds and cleaning monitors to preparing the recovery area, entering patient data and assisting with paperwork.  Her managers quickly took notice of skills during her internship.  They saw that once she starts a task, she will get the job done. When her internship ended, her managers saw how valuable she was to the department and created a position just for her! In addition, she has been asked to be a mentor for other Project SEARCH interns and new employees.  When asked about her job, Sade just says that she ha
Post a Comment
Location: Richmond, VA, USA
Read more 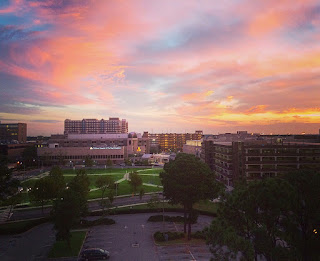 One of our counselors caught this beautiful sunrise at Sentara Norfolk General Hospital on the way to begin Job Site Training with a client. Our ‪Vocational Counselors‬ interact with a variety of people, places, environments, job sites...you name it! It's one of the reasons this job is so rewarding. It's nice when they get to take a moment and enjoy a view like this!
Post a Comment
Location: Richmond, VA, USA
Read more

By Design By E - August 15, 2016
Find out how Raymond found success with The Choice Group by finding work at Richmond's own Bill's Barbecue
Post a Comment
Location: Richmond, VA, USA
Read more

By Design By E - August 08, 2016
We work with our clients as well as their employers, too. We promote inclusive atmospheres within the workplace so everyone can be happy working as a team!
Post a Comment
Location: Richmond, VA, USA
Read more

If you are ready to work, register for this Virtual Job Fair today!  Instructions on how to register and participate are below. Attend the Ticket to Work Virtual Job Fair When: August 24, 2016 The Ticket to Work program will host its next online Virtual Job Fair on August 24, 2016, from 11:00 a.m. to 5:00 p.m. ET. This is a national event sponsored by Social Security. The event will connect job seekers to companies that work with the government. These companies have job openings for persons with many different skill and experience levels. They are particularly interested in hiring qualified people with disabilities. Register for the Job Fair! At the job fair, participants can communicate with job recruiters online in chat forums and by using one-on-one messages. They can also visit virtual resource booths to ask questions about job accommodations, Social Security work incentives, and legal issues that can create barriers to work for people with disabilities. You should
2 comments
Location: Richmond, VA, USA
Read more
More posts