Showing posts from August, 2017
Show all

The VRA Special Projects Committee solicited nominations for this quarter for projects in the state of Virginia that highlight the values of VRA that are in need of support and funds for their endeavors.  Upon review of the nominations, the VRA board voted to support REACHcycles for the second Special Projects recipient in 2017. The VRA Special Projects Committee honored REACHcycles with our $500.00 donation during their celebratory event at ARCpark in Richmond on August 6, 2017.  At this event, REACHcycles presented 22 specially adapted donated three-wheeler cycles (AmTrykes) to area children with disabilities who had been pre-selected by REACHcycles based on desire and need.  The Choice Group representatives, Ericka Neville nominated REACHcycles for this special donation, while Chris Lavach presented the check as part of the celebratory event on August 6, 2017. What a touching event it was to see all of the children receive and ride their adapted cycle. -  It is gr
1 comment
Location: Richmond, VA, USA
Read more

Angela Volkening has a client that works in one of the many major grocery store chains in the Richmond area.   When she first started working with him, she said there was a lot of anxiety surrounding interviews and applying for positions in person.   However, he knew he wanted to work for a company that was supportive of people with disabilities.   Originally, he had applied for an order-filling position, however, the store needed help elsewhere and they hired him to be a bagger.   This presented a unique challenge for Angela and her client because he only has the use of one of his arms.   Figuring out how to best set up the bagging station for his needs and how to maneuver the bags were things Angela and her client worked on together when he started working in June of 2016.   Once he saw that he was able to do his job as well as the other baggers he grew in confidence and gets positive feedback from customers.   Now, over a year later, he’s doing great and enjoys his job!
1 comment
Location: Richmond, VA, USA
Read more 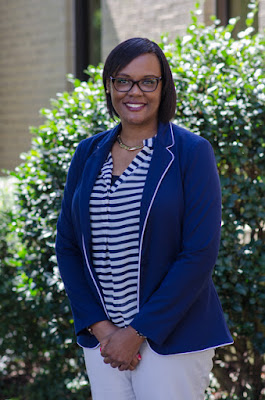 Myths About Americans with Disabilities Act 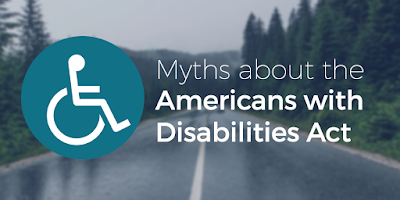 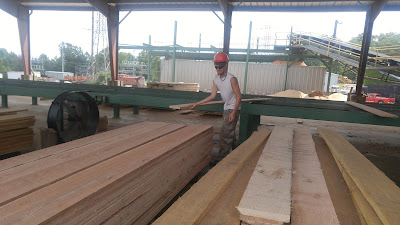 James works at North Fork Lumber in Goshen, Virginia. I started working with James in February of 2017 when he started working at North Fork Lumber. Penni from the Department of Aging and Rehabilitation (DARS) in Fishersville was already in contact with the office manager, Paula, and the owner, Will, to set up the original interview to see if stacking lumber was the right fit for James.  After a functional interview, Will offered James a full-time position as Lumber Stacker. The number one focus for the entire lumber yard operation is safety.  The employer wanted to know that James could focus on his job and be safe while doing it.  James is a fast learner and could identify the length and types of wood way before I could! James has a lot of energy and the ability to move quickly.  He is also motivated to earn his own paycheck and does not mind overtime at all!  James’ job duties include stacking lumber that comes from the “green chain” by length and type, bund
Post a Comment
Location: Richmond, VA, USA
Read more 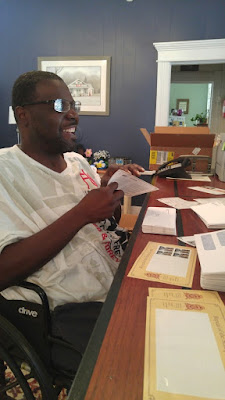 Jason Massenburg Jason and I have worked together for a little over 4 years now. He was assigned to me under situational assessments and did so well at an Office Assistant assessment he was hired on the spot at Home Sweet Home Care in Smithfield. He has been working there for about 4 years. The owner, Shirley McGee, and staff at Home Sweet Home Care are incredibly supportive of Jason and always look out for him. The owner and staff say they love Jason and that he is a joy to have in their office. Jason uses a wheelchair and has left side paralysis so he was initially referred for situational assessments to see what his employment strengths and likes were.  After learning about Jason’s preferences, we did one prior assessment trying silverware rolling, but due to his hand strength and left side paralysis, it was not a good fit. Next, we tried the Office Assistant assessment at Home Sweet Home Care. He did terrifically and the owner was impressed with Jason and with supporte
1 comment
Location: Richmond, VA, USA
Read more
More posts