Keith Gets Cooking in The Kitchen 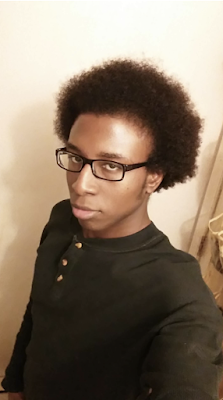 Keith and his Vocational Counselor began working together in early 2015. Keith has been employed with his current employer, a KFC/Taco Bell, going on four years now.
In the beginning, his Vocational Counselor contacted employers in the area to see who was hiring. Keith was interested in both customer service and food service. Both he and his Vocational Counselor completed several applications which resulted in a job offer for a Lobby Attendant/Dishwasher position at Golden Skillet, but things didn't work out. After about a month and a half, the restaurant had to close due to poor business. At that time, Keith went back into job development, where together he and his Vocational Counselor were able to secure a new position as a Lobby Attendant at a local KFC/Taco Bell. Keith was later offered an additional responsibility of unloading the trucks. From there, Keith eventually tried fry cooking, where he continues to work full-time today. Initially, Keith was hesitant to accept more responsibility, but with encouragement from his Vocational Counselor and managers, he took on more cooking and food prep responsibilities. On top of being offered more responsibility, he also has received three raises since he began working for the company, with his last raise being $1.25 more an hour!
It was not all smooth sailing though, and he and his Vocational Counselor worked hard to get him to where he is today. The first obstacle was that Keith initially did not have a driver's license or transportation, so they had to find an employer that he could walk or bike to. He also did not have any previous work history. He was eager to work though, and they were able to find him a job near his home. Since he has been working at KFC/Taco Bell, Keith has been able to get his driver's license and now drives himself to work. Keith also now has four years of experience in food service doing a variety of tasks which is great for his resume and future job searching. He initially was a very shy person and had difficulty interacting with strangers, but since he has begun working, he is much more sociable and his confidence has improved greatly. He was used to be scared to try new positions at work, but with encouragement, he has taken on additional new tasks.
Keith is very easy going, has a good sense of humor, and gets along well with his coworkers which makes him a great asset to the team. In the beginning, his job tasks included cleaning the lobby, restrooms, parking lots, and cleaning the kitchen area. He then moved on to unloading the truck and organizing, sorting and putting away the stock. Now Keith has moved onto only cooking duties and loves every minute of it. He also helps with the trash and general cleaning of the kitchen when necessary.
His Vocational Counselor visits him monthly, or contacts him and his managers, to see how he is progressing. His managers have been very supportive of Keith and his coworkers have stated how much they love having him around.
Keith enjoys going to the library in his free time and also enjoys playing video games. Every other day Keith takes time to exercise and workout to keep up with his physical health. He also enjoys helping his grandma by going grocery shopping for her and helping her pay for their internet and electric bills.
employment inclusion job coach job placement rva supported employment the choice group vocational counselor
Location: Richmond, VA, USA