Sean Is A Supermarket Superstar 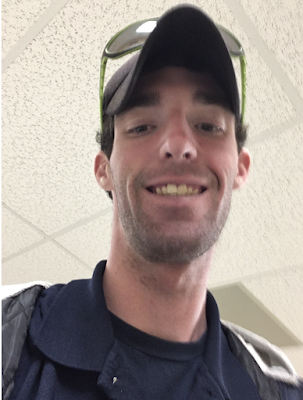 Sean and Nancy began working together in 2014 where they were able to find him a position at a local grocery store. The store was then bought out, along with many others, and converted to a Kroger. Luckily, Sean was able to secure his position and began work at the Kroger in August of 2018. At the time, he was in the follow along program and Nancy was able to help him apply to the position at Kroger so he could continue working. Sean went into PES in 2018 so that Nancy could help him apply for the position and learn how they expected him to do his Courtesy Clerk position. Nancy helped him through this transition and then Sean went back into follow along.

When Nancy and Sean first started working together, he was interested in working in a grocery store, but there were only two in the area. Sean had to stay in the area for work because he relies on his parents for transportation, which was a bit challenging but ended up working out just fine.

Since beginning his work back in 2014, he has stated that “it has made me a more helpful person to others” and he has become much more sociable. Sean is easygoing and gets along well with others, he is able to efficiently and accurately perform his duties. Sean is very friendly and offers his help in various areas outside of his specific job duties when needed. Because he is so reliable, he is often asked to help out in other departments such as the produce department. Some of his job duties include, emptying the trash, collecting carts in the parking lot, bagging groceries and helping customers to their car. Sean also assists in cleaning the restrooms, reshopping items customers have not purchased, and stocking produce. Nancy continues to support Sean through follow along services by calling or visiting him at work once a month. She also continues to follow up with his managers to ensure that everything is going smoothly.

When Sean is not being a supermarket superstar, he enjoys watching action, adventure, fantasy and sci-fi movies. Sean also bowls weekly and is on a bowling league with his parents at the local air force base. If he is not watching a movie or bowling, you can find him going for long walks around his neighborhood or playing car racing and first and third person sci-fi games.
disability advocate disability at work disability inclusion job coach rva supported employment the choice group vocational counseling
Location: Richmond, VA, USA