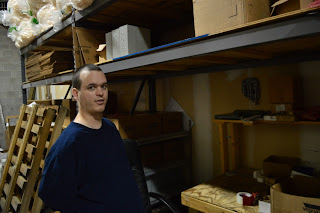 Bryan standing in front of his workstation

Bryan Snow is 25 years old and has now been at his first job ever for a little less than a year.  October of 2015 will mark his one year anniversary at Virginia Elevator Controls.  The company builds the interior of elevators and ships them to national destinations.  Next time you’re in an elevator, it’s likely their name will be there.  Bryan is in charge of packing the product to ship and watching him work, he makes it seem like a breeze.  But, getting to this point was a process and a team effort including those of his counselor, Dana, at The Choice Group. 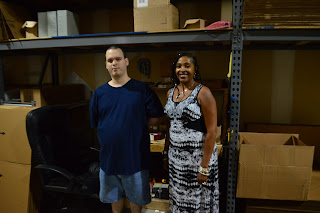 Brian with Dana, his counselor from The Choice Group

“No one would talk to him about a job,” said Dana, who’s been with The Choice Group for over a year now.  “We tried to ‘dress him up’” she air quoted when talking about getting him ready for the interview process.  She helped him apply to grocery stores at first, thinking that stocking the shelves and collecting carts could be a good fit.  But no one seemed to be hiring.

Bryan is a person with schizophrenia, he has a gift for math, but social skills are something he continues to work on.  He lives in a group home where they help him with meal preparation and taking his medication.  He has a team of professionals working with him including those at the home, Dana and his father who is very active in his life.  While his disability checks cover his expenses at the home, he got his referral to The Choice Group from services at the Department for Aging and Rehabilitation (DARS) because he expressed his desire for work and greater independence.

Bryan and Dana had applied to almost 25 different jobs when they heard about the opening at Virginia Elevator Controls.  The company had not worked with The Choice Group before but was interested in hiring a more diverse staff, companies who hire with diversity in mind are often times able to receive a tax credit.  They met with the hiring manager and Bryan was hired on a 3-month trial basis. 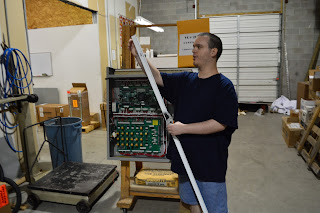 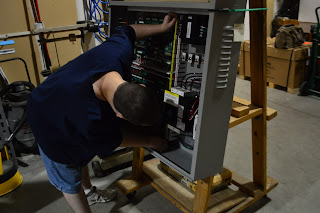 Working on an Elevator control, Brian measures and cuts material to prepare for shipping

Dana worked with him for one month on the job.  The company trained him, but no more than they would a person without a disability.  She worked with him on setting up transportation with the CARE van, he had to call every week to set up a ride for work.  She worked with him on sitting at the lunch table and talking or not talking with others.  By the time a month was through, the manager mentioned to Dana that he thought perhaps Bryan was holding back.  When Dana asked him if that was the case, Bryan smiled and said “yes, a little.” 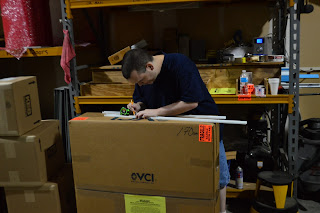 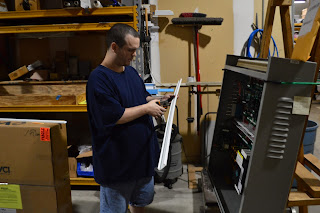 In the absence of his manager, Bryan has been put in charge of running the Shipping & Receiving department.  He measures and cuts strips of shipping material, uses power tools and is responsible for stocking inventory as of 4 months ago.  Finding a job that plays to his mathematical strengths makes this position a perfect fit.  His productivity increased as soon as he began gaining confidence in his work.  His dad helped him set up his first bank account when he started receiving paychecks and his group home helps him manage his money through an allowance system. 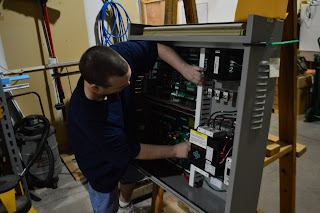 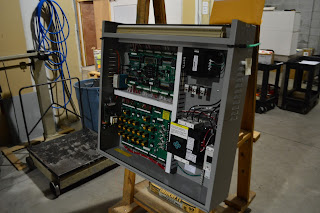 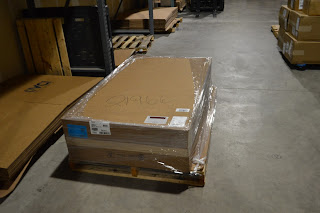 Brian is in charge of all the steps that lead to this finished product, which is ready to ship!

When recently checking in on him, as she does from time to time just to say ‘Hi,’ she said that he’s gained so much confidence that he says he’s ready for another job.


“Bryan seems to be continuing to blossom,” says Dana, “if he continues on this track I see him becoming a part-time manager.”
Best Buddies disability disability at work employment i4cp im in to hire rva rvanews the choice group working with disability
Location: Richmond, VA, USA