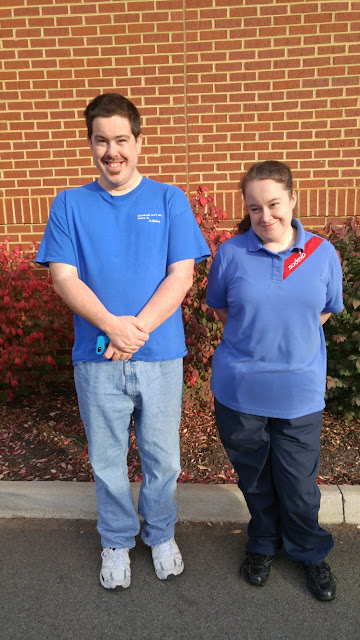 Crystal and Steven MacArthur are the typical brother and sister: they enjoy watching football with their mom, attending their church, and spending time with their family, dog, and friends.  Despite some sibling eye-rolling, they look out for each other.  They also enjoy working.  When looking for part-time positions, they wanted an employer where they could stay long-term.  Crystal became a dishwasher for a staffing company at a Virginia university.  She initially worked in the Annex, a smaller cafeteria off campus.  She hand-washed dishes and eventually learned to use the automatic machine.  Because Crystal has a visual impairment, Crystal’s co-workers always looked out for her, letting her know when the floor was wet or if there were crates that might get in her way.  She became part of the team, discussing sports games and weekend plans while keeping up with the breakfast and lunch rush.  When the Annex closed and Crystal faced moving to the larger cafeteria on campus, she was initially worried.  It was an adjustment, moving to a larger kitchen and maneuvering in a cafeteria full of students.  However, Crystal worked with her job coaches, Eloiza Guzman and Erin Lloyd, and her DBVI Counselor, Kenyette Gray, to learn her way around and find new natural supports, along with friendly faces from the Annex.  Crystal’s managers are always there for her, and Crystal attends every shift, ready to get started.

Her brother Steven became employed by Sam’s Club as a Maintenance worker.  He keeps the café area clean, sweeps the floors, and checks the trash.  His Choice Group Counselor worked with him to develop a routine for sweeping and learn to use his walkie-talkie.  He is always eager to help whenever a co-worker needs assistance.  Steven’s goal was to also become a greeter.  As Steven learned his job duties and became more familiar with the store, he eventually started helping his co-workers with this task: when they needed to take a break or go on lunch, Steven worked at the front door greeting customers and checking their membership cards, always in a good mood and ready to say hello to customers.  Steven loves buying his “usual” snack during his break, spending time with his co-workers, and taking pride in the work he does.  You can usually find Steven in the store by following the sound of his broom hitting his dustpan.

Both Steven and Crystal have been working in their positions since 2013.  Crystal, with her flawless memory, can tell you the exact day she began working and will remind you of their employment anniversaries, proud of how long they have been at their part-time jobs. 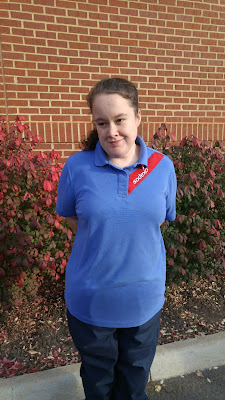 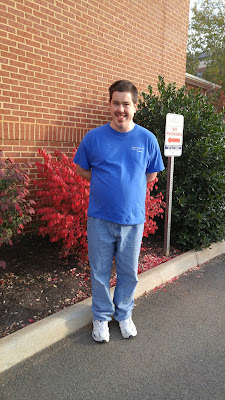